Happy Monday! I hope everyone had a fantastic weekend, despite all the rain in some parts. Did you do anything exciting?

It's been a while since I posted a recipe but the other day... 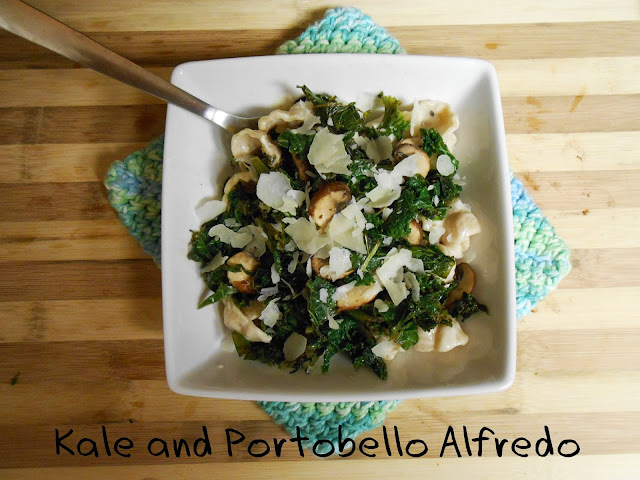 I made a terrible choice.

I skipped lunch. I don't know what made me think that was a good choice...

I have emergency snacks on hand just about everywhere. In my purse, my desk, my car, even my nightstand.  But they’re just little snacks like granola bars or almonds. Anyone who has even been around me for more than a few hours knows that if I don’t eat, I become obsessed. And cranky. And whiny. And generally unpleasant. Knowing all of this about myself, it should have been clear that skipping lunch would be a poor choice.

This dish is the lazy/immediately hungry version of this delicious looking feast from Iowa Girl Eats, using my favorite simple alfredo sauce that I've been using so long I can't even remember where I learned it.

You will need:
8 oz pasta of your choosing, I wanted to use up some whole wheat gnocchi
6 cups chopped cooked kale
8 oz portobello mushrooms
1 tbsp olive oil
2 cloves of garlic
3/4 to 1 cup grated Parmesan Cheese
Up to 1 cup heavy cream
salt and pepper
parsley

Cook your pasta. Do a better job that I did. 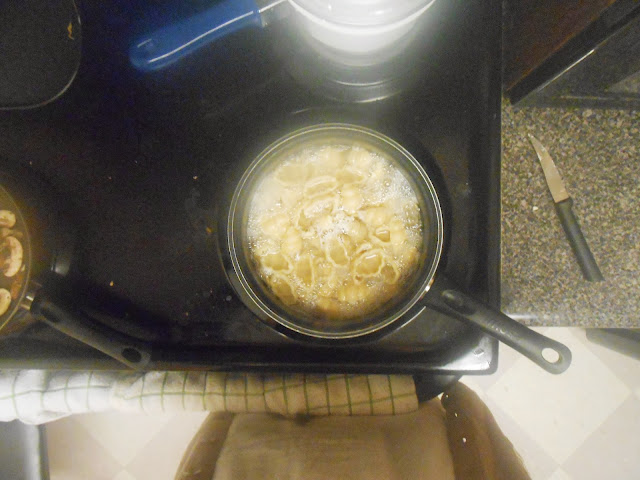 Slice up the mushrooms and dice the garlic. If you’re using fresh kale, you’ll want chop it into small pieces after pulling it off from the large center stem.

Side note: Did you know you can freeze kale? One day I cooked too much and decided to see what would happen if I stuck the leftovers into a plastic bag in the freezer. When it was time for kale again, it was so easy to dump it out of the bag and into the skillet to reheat it in no time at all. It makes adding healthy touches so much easier, especially if you usually eat kale cooked rather than raw anyway. 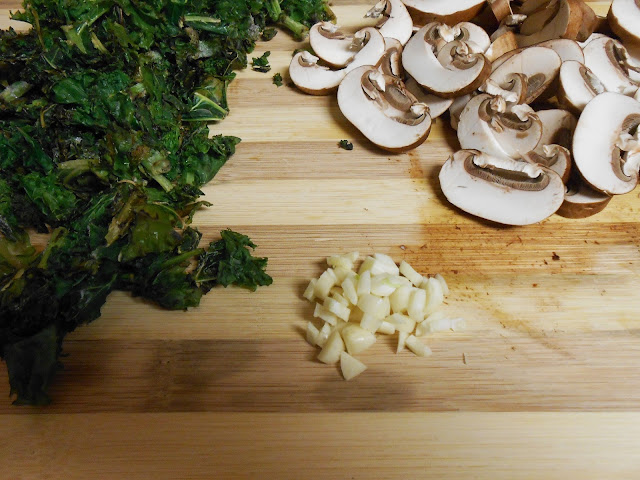 Next it’s time to sauté. Heat your olive oil in a sauté pan over medium heat. If you’re using fresh kale, add that to the pan first with half of your diced garlic and let cook while stirring frequently for about five minutes. Add the rest of your garlic in with your mushroom slices and continue to stir occasionally. If you’re using frozen kale, you can throw it in after your mushrooms have had a few minutes to cook. 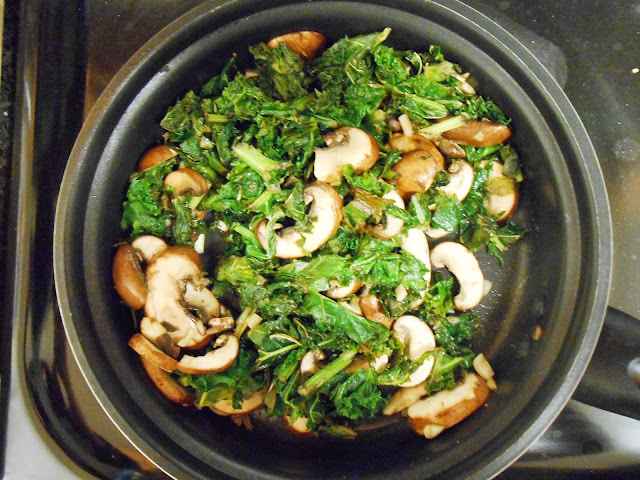 By now your pasta is probably finished and set aside to drain. Now it's time to whip up the sauce. Over low to medium heat, throw a heaping handful of grated parmesan into a sauce pot and let it heat up for a just a second. Slowly add in cream and whisk quickly and continuously until the desired consistency is reached. Sprinkle salt and pepper on top for the easiest, most delicious alfredo sauce ever.

I must confess that although I have used the above recipe multiple times in the past I did not use it for this particular dish. I used cheater alfredo. I was huuuunngrrryyyy. I regret nothing. 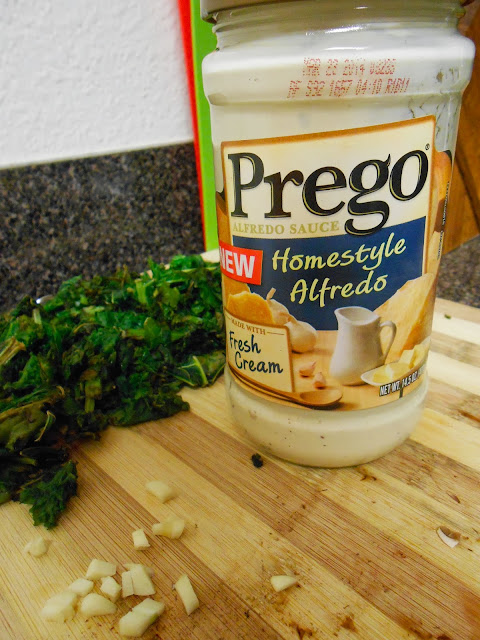 Once your mushrooms have cooked down, your kale is perfectly heated, and your alfredo sauce is ready, toss it all in a bowl and sprinkle some extra grated parmesan and parsley on top. You know, to make it fancy.

Then eat it like you meant it. And don’t forget to save the leftovers for lunch the next day ;) 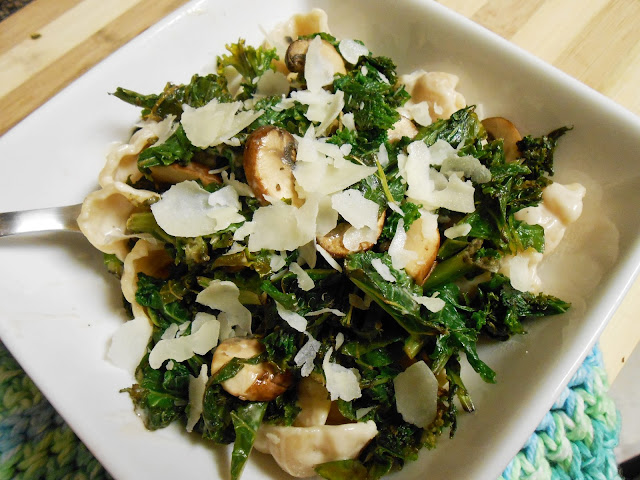 Do you know of a better way to freeze kale? Have you ever used such an easy homemade alfredo? I’d love to know! 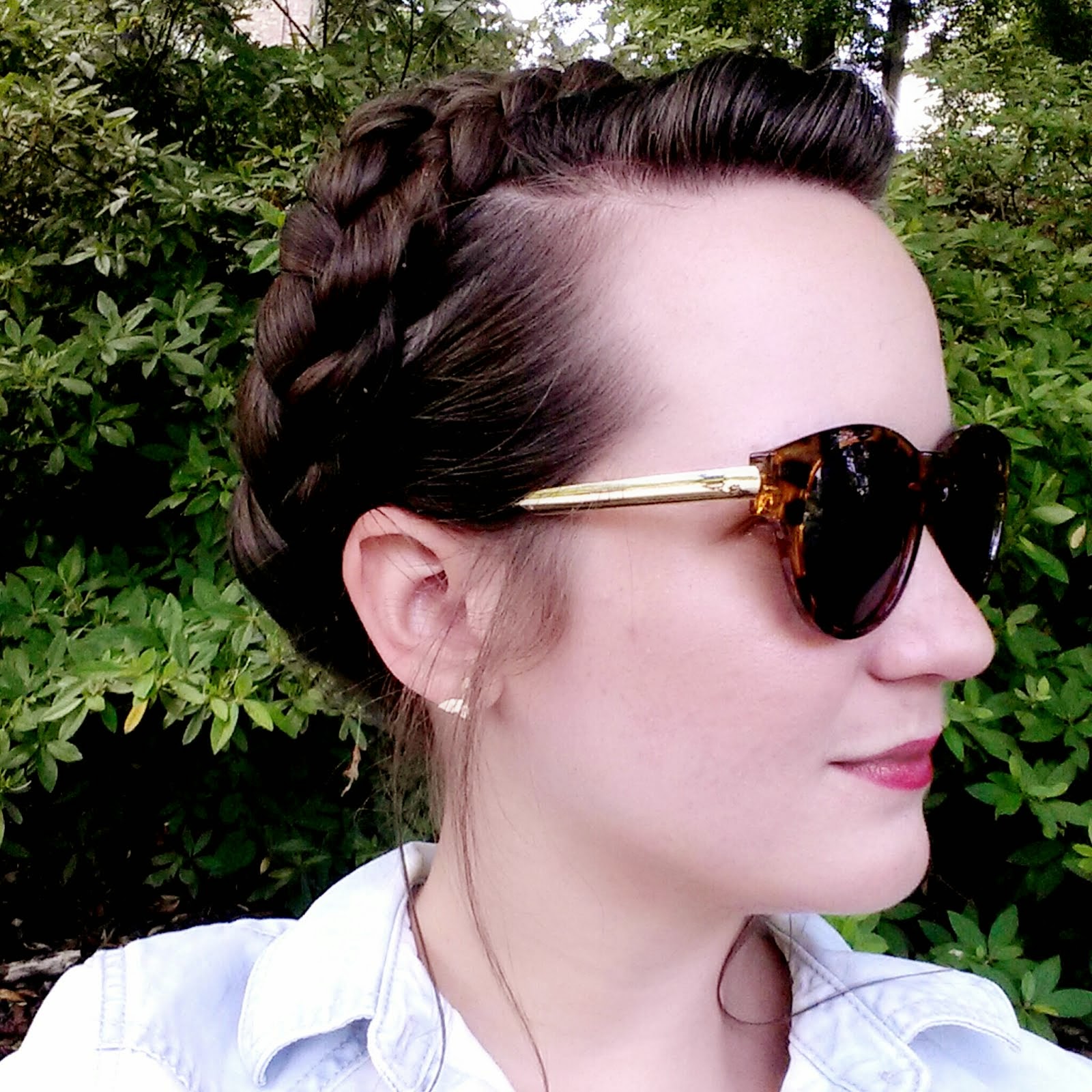 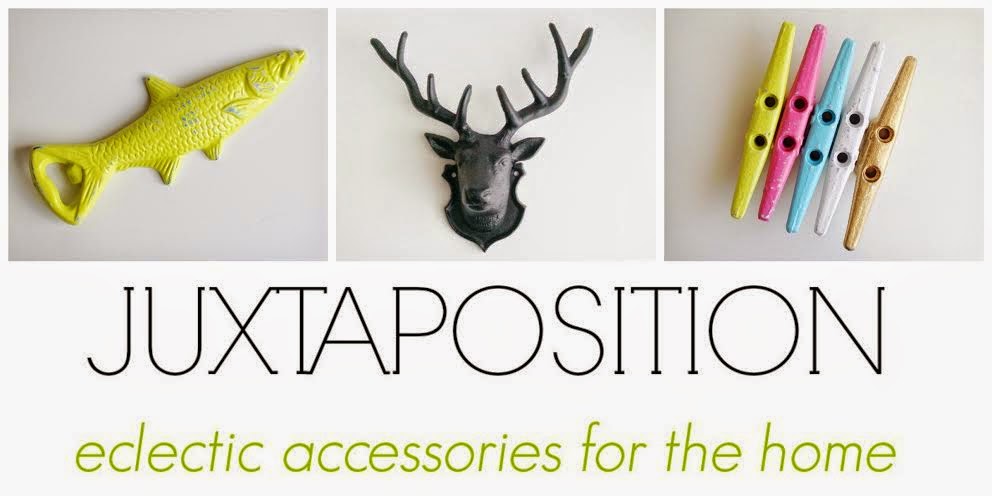